First time I was in Bibione was in 1990. It was our first time in Italy and I was only five. I remember loads from the time there. “Italia ’90” – the FIFA world cup (football, yes) was going on at the time. Italians took football crazy to a whole new level. I’ll never forget.

I remember some of the people we met. Some of them we still keep in touch with and visit every time we’re in Italy. Some were my brothers’ summer flirts, and probably people they never want to be reminded of ever again. The ice-cream, the swimming pool, the food, the heat, the beach, the sea. It was fantastic. 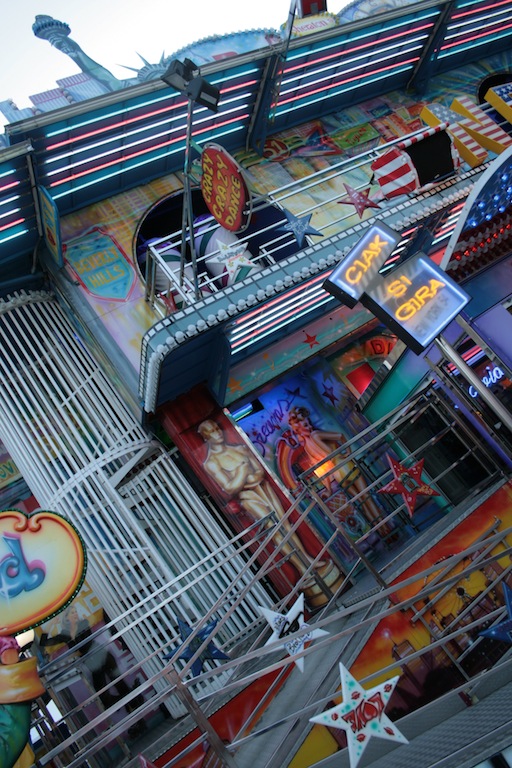 One other thing that clearly stands out is the funfair. I went back some time, probably in the mid nineties, and this year I returned again. And it had not changed a bit! This time I was standing in the shadow of my Son. It was fantastic! He’s younger than I was when I was there for the first time, so he didn’t care as much for the same rides that I simply loved, at age five. I was a little too handicapped to be able to try anything much, but I had my camera with me and stood cheering on the side.  I also walked around and had a look, breathing in the same smells from years gone by and noticed details from a world preserved for decades. 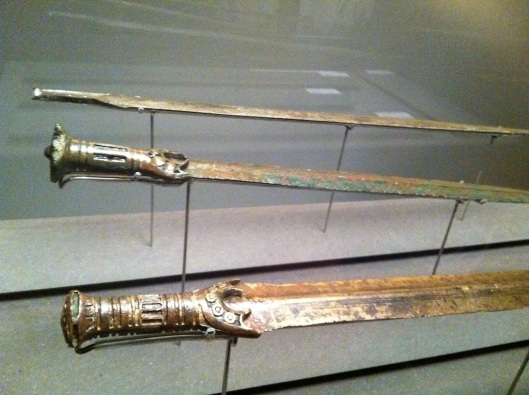 I’m quite weak when it comes to swords. Of course physically, when compared to a sword, but also how I am very fascinated with swords and how they were made, used, etc. I even own a few myself. This is a little odd as I am very much against having weapons in the house, and I guess I am as close to being a pacifist as one can be, but without making much of an effort to promote my views.

Old swords get my attention. The new-fashion types that are designed to look like something bizarre out of a fantasy novel do not catch my interest at all. A claymore on the other hand, with its 140cm, and a design that was developed based on its use and the preferences of the individuals who wielded them – then we’re talking! Or the swords of vikings, where some of the metal came from far away and was mixed with the local sorts, in order to make the metal exactly as hard and flexible as it needed to be. With carvings and decorations that told stories about the sword’s wielder. Fascinating!

Son is now in a pirate phase. Everything pirate is amazing in his eyes, and he roams around every day singing songs that sound like sea shanties and threatens family members to walk the plank. I don’t mind this craze, I know it’s temporary. But I am guilty in trying to steer him towards my own interests, without taking him too far away from his own. Or, I don’t really want to steer him onto anything, but now that he is interested in pirates, I thought that was a good chance to introduce him to vikings. So on a Sunday afternoon I took him to the archaeological museum in town to show him these beauties (see photos). And he did love it, almost as much as I did!