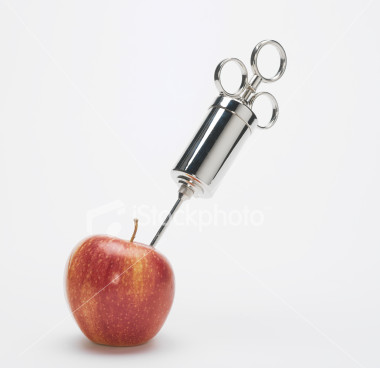 I’m a little pissed off, maybe not the best mood to be in when I trying to reach out to other by the use of blog. But I have to get it out, I’m angry, disappointed, sad and exasperated. Again, this is another post about. Or, to be more politically correct it is rather about a lack of food. After I became a mom I have become more critical about I eat, what Husband eats, and not least, what Son eats. I’ve never seen myself as one of those hysterical persons who fret about everything. I have lived by mottos such as “what doesn’t kill you makes you stronger” and thought that as long as you “bad” things aren’t eaten every day, it’s ok. Well, the meaning of the post is not to prove my sanity. Let me elaborate:

After becoming mom and being introduced to Nestlé’s baby food, scare tactics and ‘well-meaning words’ I have changed my way of life, considerably. And I have begun to develop an interest about food and become more aware of what I eat. And the more I read, learn and find out the more exasperated I feel. I want to share this knowledge and awareness, but I don’t want to make this just another thing that you have to worry about. But I am, and I become more and more convinced that we in this country need a food revolution. Actually not only in this country but let’s start out in a small scale. (Country-wide revolutions are a piece of cake!)

I want to, and I believe that everyone has the right to, demand that the food we buy mainly to consist of FOOD! I don’t my food to have been processed by people with PhDs in chemistry. I as pure ingredients as possible. I want food, not food additives I can barely pronounce. I’m willing to pay extra for decent food, but that does not mean proper food need to be ridiculously expensive. And I want people to see what’s happening.

It was recently announced that the owners of some of the largest foodchains in Norway won’t eat the food they sell because it has phosphate added, which can be added without any information being given to the customer. Why should we have to accept such additives? Why need there be flavour enhancers in so many products? Is there not enough taste in natural ingredients? Yes, there is, of course, but tasteless junk is so much cheaper, so we get spice mixes whose main ingredients are salt, sugar and flavor enhancers.

I want the food I eat to be food. I understand that some products need preservatives but there’s so much else added that is not necessary for anything other than the producer’s income. A panel in Belgium should not be necessary to tell us what we can or cannot eat. We need no discussions about the influence of substances on the body if no products contain these substances.

The food industry is out of control, and do exactly as they please. Cheaper is better, regardless of content. People are malnourished, despite sky-high calorie intake. The man in the street should not have to need higher education and develop special interest in food in order to read food labels.

I want more information, better products and normal food for everyone. We deserve it!

(I want to publish this asap and thus simply translated my Norwegian post and had Google Translate help me. It was done quickly and hastily and thus probably contain a number of typos, misspellings and embarassing gramamtical errors…)