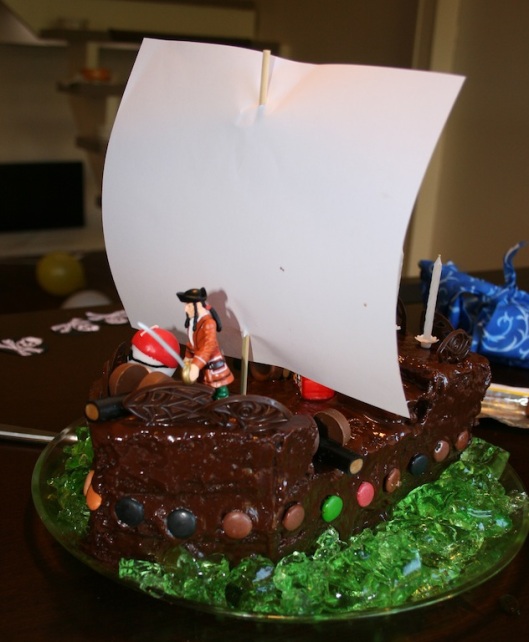 I have to show off this cake from Son’s third birthday. As mentioned earlier he’s in a pirate period of his life and nothing in this world is cooler than scimitar-wielding, one-eyed, shanty-singing bandits.   For this cake I made a simple chocolate cake, drew an outline of the hull of a ship, cut out two identical pieces from the cake, and placed these on top of one another. Then the rest of the cake was used to make the bridge and quarterdeck. Afterwards the cake was covered in icing and decorated with various types of candy.

The cake was an absolute success and Son has already wished for the same cake for next year’s birthday party.