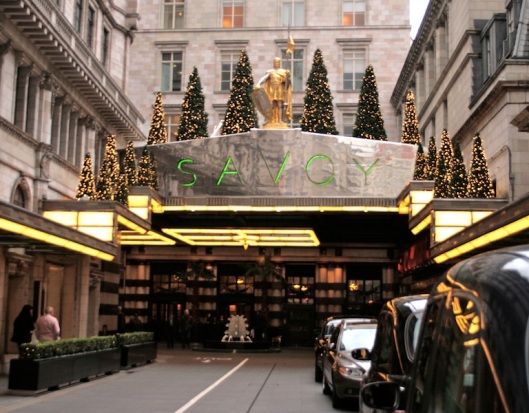 The Savoy was nicely decorated

I must admit the christmas feeling was not very prominent when I left for London. I was supposed to stay at home for a few days and get the house ready for christmas while also working on a wee project. Everything was postponed with the sudden trip to the English capital. While there, the majority of the hours I was awake were spent at the British Library, and except for a christmas tree (or were there two?) outside, the library didn’t show many signs of it us having entered the month of December. 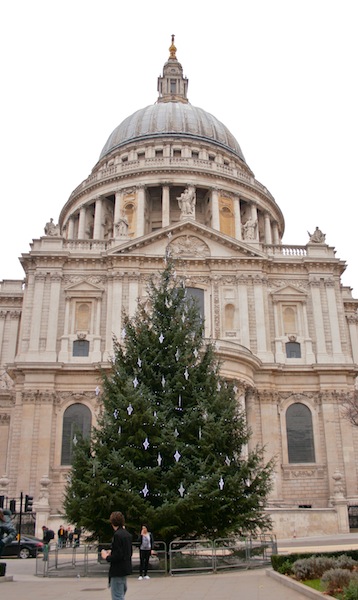 St Paul's had a beautifully (and minimalistically) decorated christmas tree

I was in the city over the weekend and as the Library was closed on Sunday I had one day to explore the area. I spent seven hours on my feet, walking most of that time and, according to google, covering quite a few miles! I was in more of a touristy-mood rather than in search of the christmas feeling, but a few drops here and there at least helped fill the container of christmas joy, which is now full to the brim.

After walking along the Thames from The Savoy and up to Millennium Bridge and Saint Paul’s, I came across a man who sold roasted almonds. Roasted almonds is something I only eat during the christmas holidays, needless to say I was glad to see the man. Unfortunately though, substituting breakfast and lunch with a handful of sugar-coated almonds was not my best move, but I did find a small shop a little later where I found some fruit to accompany the lousy attempt of raising and evening the level of my blood-sugar.

Nuts in front of St Paul

London’s greatest contribution to the christmas feeling was bestowed upon me the next day. After a long day at the library I had dinner at a small pub next to the hotel I stayed at. After spending the previous days getting used to being on my own in public places, I now sat back and relaxed. I had christmas decorations hanging above me, a good book in my hand (Orwell’s 1984) and the Pogues playing in the background. No one conveys the christmas feeling any better than a drunk, swearing Irishman!