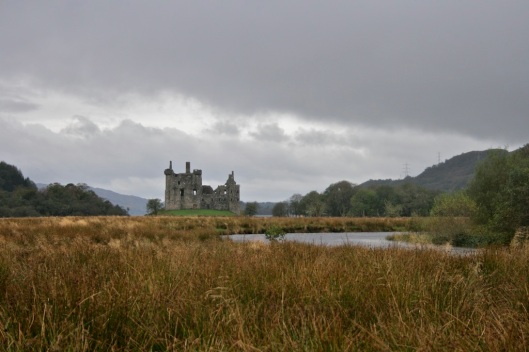 Things didn’t go according to plans after we reached Oban. We didn’t really have any plans as such, at least none that were set in stone, and sometime the things you don’t plan, or the things you would never even imagine, result in memories you’d rather not be without.

We were fortunate enough to find someone with a bit of local knowledge and an opportunity to tail these locals on or way to Edinburgh. The new route would be about an hour longer, but it would include two castles we otherwise wouldn’t have seen, good company, and cheap petrol at a petrol station in Glasgow (which in theory makes up for taking a longer route?). 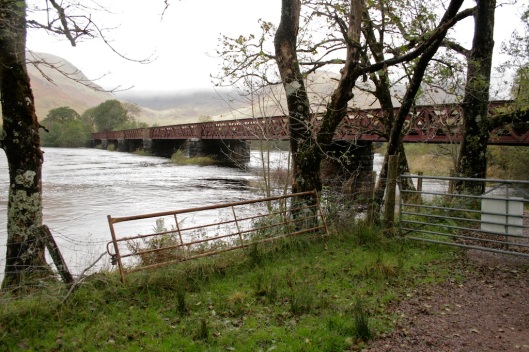 I do believe it was indeed the most sensibly alternative, as a severe lack of sleep due unforeseen events the day before, could affect my sense of direction, mood, and in general my ability to think. Driving behind a huge white van made life a little easier. Even if it did get quite close every now and again, when I forgot I was driving a Vauxhall with a set of breaks quite different to the set of breaks I operate on a regular basis.

It was, anyhow, the castle I wanted to mention here. I say mention as I have very little to say about it. It seemed to be somewhere in the area of Middle of Nowhere, which made it perfect. Due to a lack of wellies, a flooded river, and travelling companions who weren’t too eager to have shoes and trousers ruined by wading across said river, we only saw it from afar. But in return, nature put on a display of colours that made up for not getting to climb the walls and search every nook of a ruined castle. I’ll let the pictures do the talking.