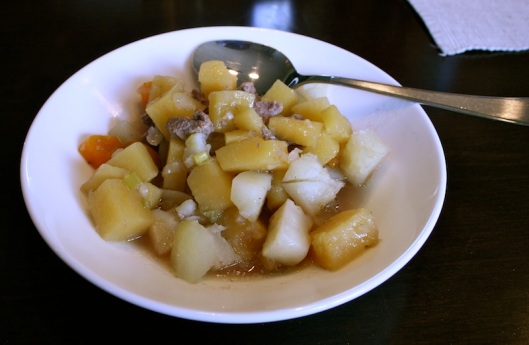 I can’t think of a stew more common in Norway than stew is. The are of course a multitude of varieties, and no two recipes are the same. The ingredients are still often the same, and very “Norwegian” if you like, in that they are easy to get hold of and produced or grown locally. Wikipedia claims the name has its roots in German and English and was introduced in the 18th century. The dish itself, however, I do believe has been around a little longer.

We had my in-laws visiting and the ingredients I then used for five adults and a wee man (two-year-old) was as follows:

Dice everything (or, well, slice the leek and carrots) into approximately equal-sized pieces. Layer in a big pot starting with the meet, continue with swede, potatoes, celery root, carrots and finish off with leek. Add water up to about a third of the contents in the pot. My rule of thumb here is that when I can see the water in between the veggies, it’s enough.

Heat it up then leave to simmer for as long as you’d like. This is a dish we often make before going on a Sunday hike. We leave the house for several hours and come back for a ready made dinner. Perfect! 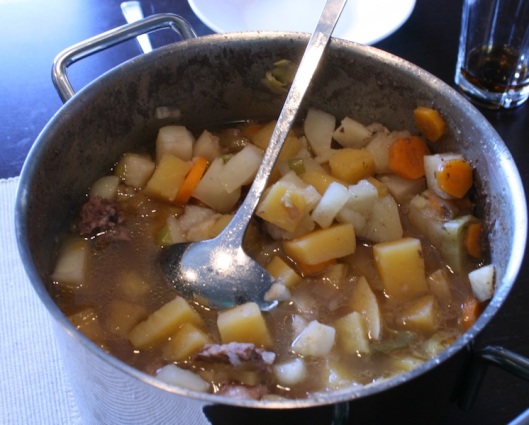